The Economics of Going Solar: A VA Homeowner’s Guide 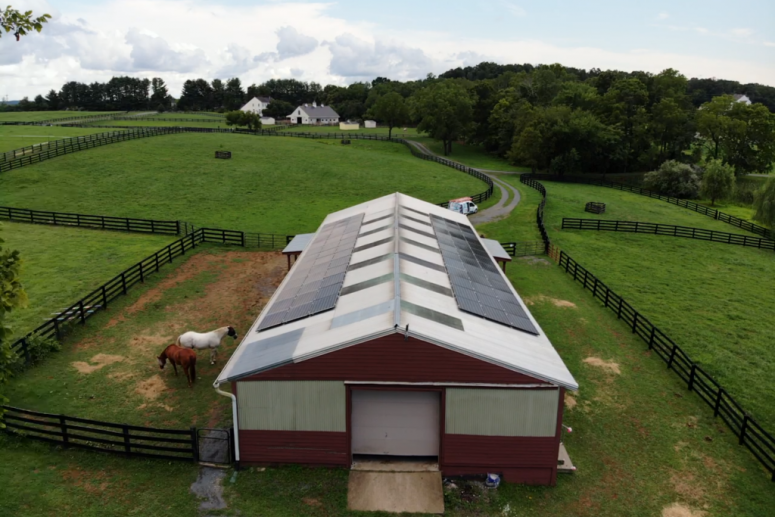 Switching to solar power is a big decision for many households. Determining the economics of solar is of utmost importance in making that decision. The full-picture economics—not simply the price tag of the installation—is what we outline in this post.

These days, solar panels are 25% more efficient than 15 years ago and cost much less (today, the average residential $/W is half the cost it was in 2011). And favorable net metering regulations mean that homeowners can use all of the energy produced by their solar panels without installing a battery storage system on-site. So the economics of installing solar are much more attractive in 2020 than they have ever been.

The most obvious economic calculation is comparing the cost of your solar PV system to the aggregated cost of your electric bill over 30 years. Why 30 years? That’s how long solar modules last, at a minimum—many keep producing power for up to 40 years.

Let’s say a solar PV system will cost you $15,000 today and reduces your home’s electricity bill to effectively $0 (well, ok, technically $7/month of unavoidable utility distribution charges for most of us in Virginia), and this system will last at least 30 years. What WOULD you have otherwise spent every month for 30 years on utility costs if you hadn’t switched to solar? You have to make a few assumptions about rising energy prices and inflation, but you can figure out a ballpark total cost of electricity over 30 years (Hint: it is going to be much higher than $15,000). It will be something close to $43,000.

Just this simple first step shows you how economical solar is, without looking at any other factors. Would you rather spend $15,000 upfront and then have effectively no energy payments for 30 years, or would you rather end up paying the utility company $43,000?

Now, $15,000 is a significant upfront investment, no question. But thinking long term, $43,000 is a much more significant investment. What else could you spend $28,000 on if you did not have to pay for electricity?

The numbers work even more in homeowners’ favor when you factor in solar incentives. Right now, the federal Investment Tax Credit or ITC (discussed in our previous blog post) credits homeowners for 26% of the total cost of the solar installation. Your $15,000 price tag for your solar project just dropped to $11,000. And your energy costs over 30 years still remain at $43,000. What could you do with an extra $32,000 lying around that you didn’t have to pay the utility?

In Virginia, there are a few additional incentives for homeowners who switch to solar, such as solar property tax exemptions. Virginia recently passed the Clean Economy Act earlier in 2020, which mandated that Dominion Energy become 100% renewable by 2050. Dominion, while it does have some renewable energy sources in its portfolio, will never be able to stop burning all fossil fuels by 2050. It will be able to meet this 100% renewable mandate only by “buying” renewable energy from other sources to offset its carbon emissions. A Renewable Energy Credit (REC) market is expected to develop as a result; any Virginia renewable energy source, including residential solar, will be effectively “for sale” to Dominion to offset its carbon emissions.

If you installed that $15,000 solar array on your home, it might generate 7,600kWh—or 7.6MWh—of renewable energy every year. Each MWh of your solar energy is worth a dollar amount in the REC market. Experts are speculating that Virginia solar RECs could be worth $80/MWh when the market launches next year in 2021. Your 7.6MWh of solar now generates an additional $608 in cash every year. This next calculation is speculation on top of speculation, but hypothetically if the solar RECs are worth $80 for the next 30 years, your additional gain from solar would be $608 x 30 = $18,240. Maybe that figure is too high, because who knows what the VA REC market will do. So maybe we cut that $18k down to be safe, to $10k.

On top of the $32,000 in avoided utility costs and financial incentives.

Hedging against increasing energy prices is already built into our first economic calculations above, but it is an important factor to consider. No one knows exactly how much electricity costs will rise in 10, 20, 30 years, but we all know that fossil fuels are not getting more abundant on this Earth. And we know that climate change is not lessening over time. As more state and federal governments decide to pass clean energy policies (like Virginia’s Clean Economy Act), it is guaranteed that traditional forms of fossil fuel power will become more and more expensive. Dominion Energy, for example, announced this summer that it expects to increase VA energy prices at a faster clip than years past, at 3% or more annually, to help offset the financial costs of its compliance with the Clean Economy Act.

Having a solar PV system installed on your home is a hedge against all—expected and unexpected—increases in electricity costs over the next 30 years.

Increase the Value of your Home

This home value increase figure is, admittedly, more of a moving target. There are a few different figures and statistics bouncing around the marketplace that calculate home value increases in different ways. Every data point, however, points to a home value increase. It’s not a wash, like a swimming pool for example, where some potential buyers love them and some hate them. Solar PV systems have real, measurable utility to homebuyers in reducing/eliminating electricity costs for decades, and that value is reflected in faster and higher home sales.

In sum, solar PV systems are an excellent financial investment for your home no matter which way you look at them. Serious question homeowners should be asking themselves is: what do I stand to lose if I DON’T switch to solar?

Be a Smart Solar Buyer: The Devil is in the Details, Part II

The Difference Between kWs and kWhs