The Difference Between kWs and kWhs 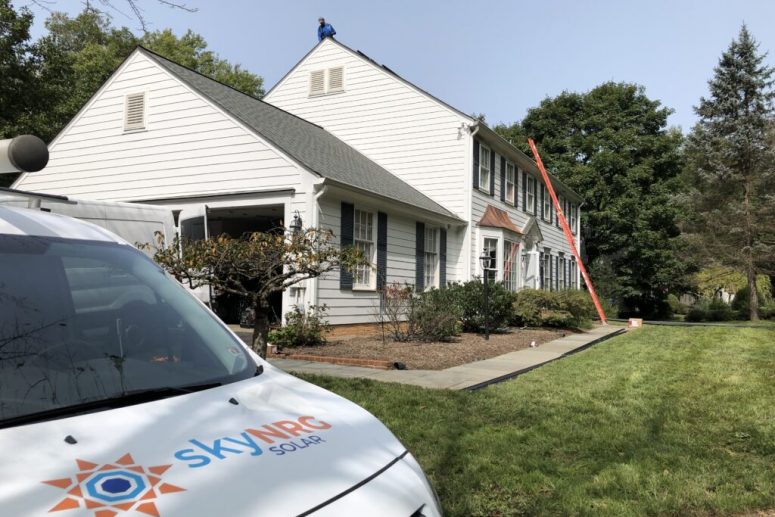 If you have just started your solar educational journey, you might be wondering what the difference is between kWs and kWhs. Both terms get tossed around a lot in solar PV system conversations, and it is important to know what each means.

A kilowatt (kW) is a measure of power, or capacity. A kilowatt is 1,000 watts. Your lightbulbs are rated in watts–in the old incandescent world of lightbulbs, a standard 60W bulb needs 60 watts to turn on, and it puts out a certain amount of light. If you wanted more light from a single bulb, you would get a 100W bulb, which consumes 100 watts of power and outputs more light.

In the solar industry, a kW is how much power a solar panel is able to produce (not consume). Solar panels are rated in Watts. One 370W solar panel is capable of producing 370 watts of power (under “standard” conditions, by which the industry really means optimal conditions.) A 370W panel is more powerful than a 320W panel.

If you install ten 370W panels, you have a system capable of producing 3,700 watts of power, or a 3.7kW solar PV system. Solar companies quote a system size in kWs, which is easily determined by the wattage of the proposed solar panel multiplied by how many panels in the array. If you are installing thirty (30) 320W panels on your roof, you’ll have a (30 x 320W) = 9,600W = 9.6kW solar system.

Power and energy are closely related, but they are not interchangeable. Energy is defined as power over a certain amount of time. A Kilowatt-hour (kWh), therefore, is a measurement of energy. A kilowatt x an hour = a kWh. Your utility tracks how much energy, or kWh, your home uses over the month and charges you based on your kWh usage.

When solar companies start designing a solar PV system for your home, it is crucial that they know how many kWhs your house consumes in a year. It is not possible to determine a home’s kWh usage just by looking at the house; it depends in large part on the lifestyle of the people living in it. It also depends on the efficiency of the home’s appliances, the home’s insulation and windows, etc. There is no “typical” energy usage in a home: some homes use 8,000kWh annually (a low amount) and some use 25,000kWh annually (a lot of energy). Solar companies need to know your home’s annual usage in order to build a big enough solar system to produce the same amount of energy, or kWhs, that your house consumes over the year. Solar professionals will make choices about which solar panels to choose, how many to install, and on what roof surfaces, in order to build the right size system for your usage.

From kWs to kWhs in Solar

Let’s say a solar company recommends those thirty 320W solar panels for your home that I mentioned above, which is a 9.6kW solar system. Is that big enough? How many kWhs will the system produce over one year? This is where the company’s expertise and years of experience come into play.

For a ballpark estimate, a typical solar array in Virginia has roughly a 1200 production factor, which means that a 9.6kW solar system will produce (9.6 x 1200) about 11,520kWh of energy annually.

If you are comparing identical quotes from two different solar companies, it might be interesting to see if both company’s annual kWh production figures match up. If Company A predicts that their 9.6kW system will produce 10,500kWh annually, and Company B predicts that their identical 9.6kW system will produce 13,000kWh annually, well then it’s time for you the customer to start asking questions.

Understanding these concepts will help you be a more discerning solar customer. If you are interested in a free solar quote for your home, get in touch with us. We will ask for your address and your home’s annual energy usage (kWh) from your last utility bill, and then we can give you an idea of how much solar power (kW) you need to offset your energy usage.

The Economics of Going Solar: A VA Homeowner's Guide